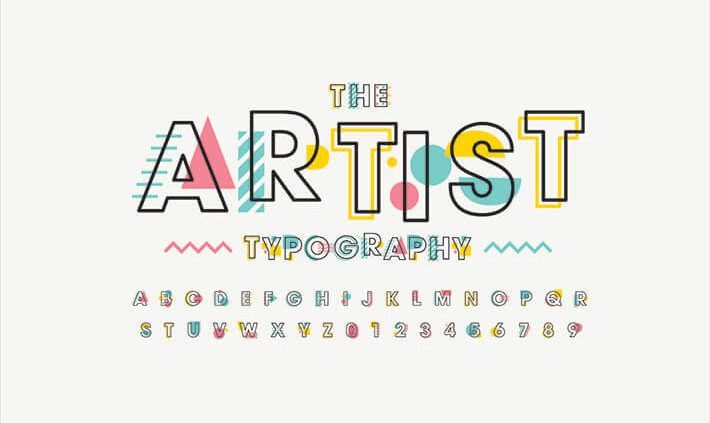 Typefaces And How They Play Into Web Design Today

Typefaces that dictate how the typed words within a stretch of text content are stylized are usually loaded as files into word-processing programs and image-creation software.

In a word processor, text would be internally expressed as bytes of code, and additional pieces of background code are all that would be needed to determine the content’s typeface, any specific font that exists within that typeface, and other factors that may affect the text’s appearance such as italicization.

Text is therefore not treated as an image on a pixel-by-pixel basis by default, though programs like PhotoShop routinely offer a function that converts a string of text into an image that loses its “mechanical” functionality as easily re-typed and re-stylized digital text but is able to be modified as an image in exchange.

Besides static pixel-based images, modern web design employs a lot of vector-based graphics in which web code is used to structure and render aesthetic designs based on points in space and dynamic functions that the reader’s web browser directly executes. HTML, CSS, and JavaScript files can therefore produce typefaces that operate on vector principles.

The unique advantages offered by this emergent format include the capacity to have the text animated in any conceivable fashion thanks to the power of CSS-driven animation functions.

A website located at leon-kim.com displays a fairly spectacular set of exhibits that showcase how vector-based web graphics can be used to make self-animating lettering appear and disappear with striking creativity and clarity.

The landing page automatically cycles through several sequences where shapes resembling letters are made to appear and disappear through a variety of different effects. Technically, the letters that manifest on the user’s browser exist as Unicode characters in the syntax behind the scenes and are heavily modified by code that exists alongside them; these are not shapes that have been manually drawn by the author to resemble letters.

However, some of these sequences are so elaborate that they perform noticeably worse within the browser in terms of frame rate than the others, though this may be on account of poor optimization for some processors.